Since the end of September and all through October, both of our Harbord girls’ basketball teams have been playing against many other schools. Our junior and senior girls have faced big wins and tough losses. Coached by Ms. Burrows and Ms. Eskejdian, the girls have worked hard in all their practices and games. Now, both teams have finished their regular season. The seniors continued in the South Region playoffs, but ended their regular season with a 5 - 1 record to take the top spot. As defending champs from last year, the seniors won another Tier 2 South Regional Championship, on November 9! The juniors ended with a 1 - 5 record for their regular season and finished with a win. Below are the scores from every game. Each team played each other two times.

After they completed their seasons, a few players were asked about their team’s season and performance.

One of the junior player’s, Tiffany Liu, said, “Our team performance was definitely better than last year. We didn’t lose as badly as the previous year. Our strength is defence ever since we started doing zones. Our weakness is offence. We don't score nearly as much as other schools as you can tell.".

“I think our team's strengths are that we are always very excited about every game we play and we always play our best on the court. But I think our weaknesses are that we sometimes don’t know what to do on offence and we occasionally have trouble with communicating who is going to bring the ball up,” said Madeline Horner, captain of the junior girls.

“Well, we won our last game against Parkdale, and even though we lost all of our other games, we’ve improved significantly since the beginning of the season,” said Arya Bari. 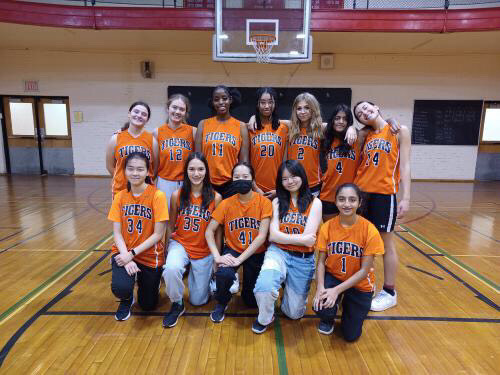 When asked about the senior girls’ season, player Midori Barker, replied, “The team has performed very well, even with our one upset against Forest Hill. We have remained positive and uplifting of each other, and our performances reflect that. Throughout the season, we have shown our strength in our defence, turnovers, and driving the net. We could work on getting more open on the offensive since we are not constrained by a shot clock.”

Charli Mallia, captain of the senior team, stated, “I think the senior girls’ basketball team has been doing an amazing job this season! Everyone has been working and playing so hard [..] I love watching the team play because I see us learn and grow every game. Everyone is doing a great job and I can’t wait to see how we end the season! … I think our strengths are passing, encouraging each other, getting the ball down the court fast, and figuring out a defensive/offensive play to beat the other team. As a team I think we could improve on communicating on defence and getting more rebounds.” 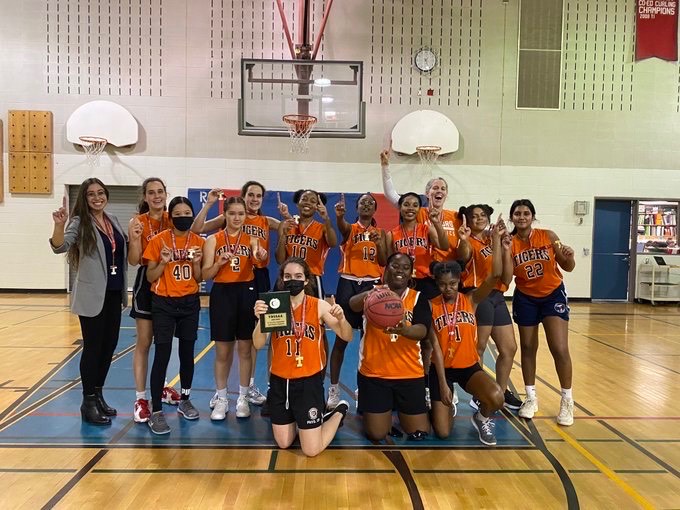 All of our girl basketball players should be proud of all their games, win or lose. They did a great job this season!