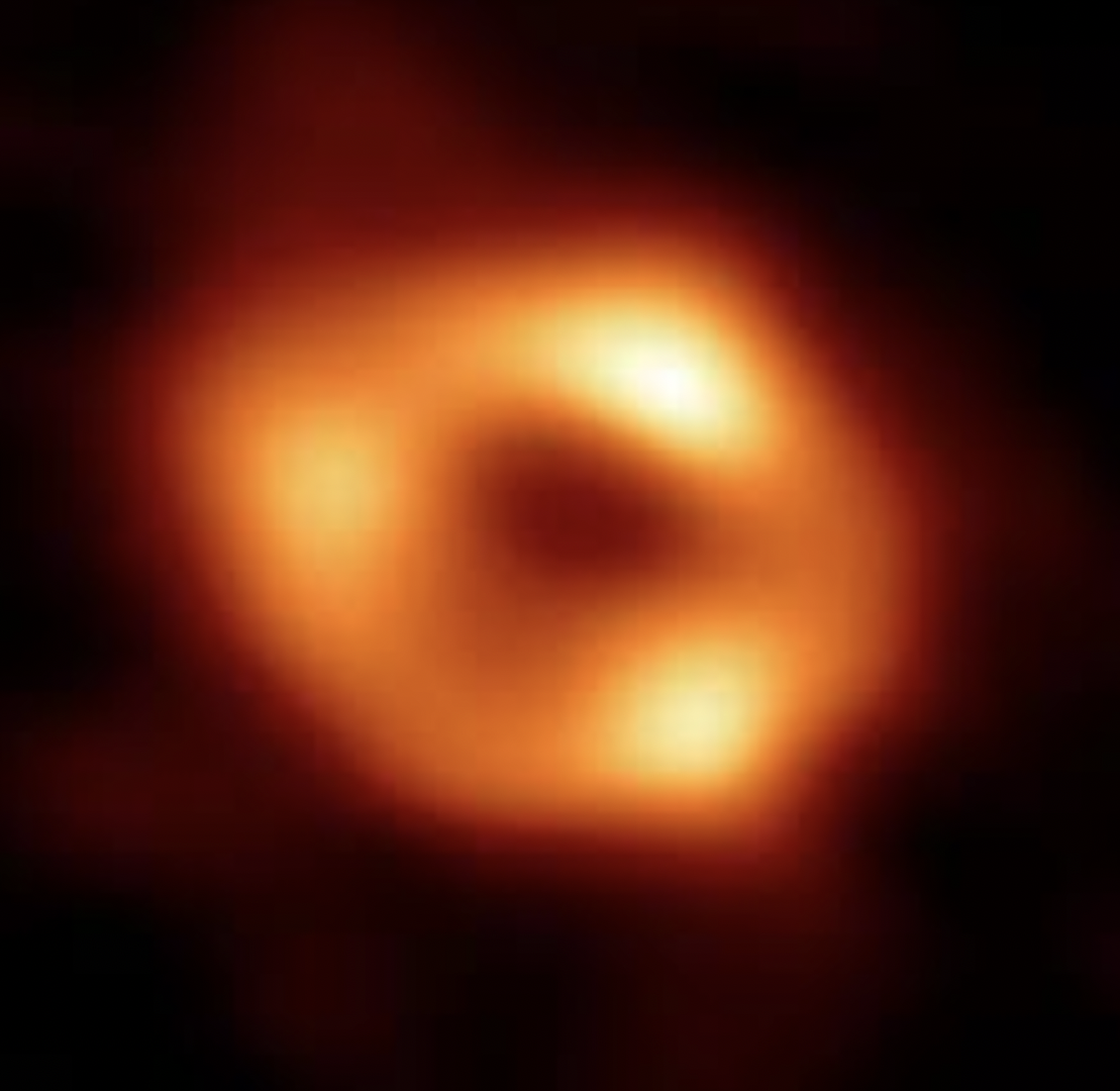 How can one achieve the seemingly impossible?

On May 12, 2022, the second ever image of a black hole was released. The first black hole image was of M87, located in the center of a distant galaxy while the recent image was of Sagittarius A* located in our own Milky Way, around 25,640 light years away.

A black hole is an invisible region in space where the gravity is so strong that light, sound, or even particles, cannot escape its hold. Contrary to popular belief, black holes do not suck objects into them like a vacuum, rather objects fall into black holes because of their intense gravity.

Since black holes emit zero light making them invisible, how was the image taken? There is a global network of radio observatories that work together to observe sources associated with black holes called the Event Horizon Telescope (EHT). The making of the EHT was an extensive global effort. Telescopes were placed around the world and were monitored by astronomers from dozens of countries, including one in Canada! The combination of all the different views from the telescopes created one super telescope with a lens the size of our earth.

Orbiting a black hole is a ring of glowing gas. This led astronomers to theorize that if they could capture this glowing disk, they could get the long awaited image. Glowing gas orbits the black hole the same way that the moon orbits the earth. Since M87 is a much larger black hole, its gas takes days--even weeks to fully orbit. Sagittarius A* is around 1000 times smaller than M87. It’s gas only takes mere minutes. This is why astronomers didn’t attempt to capture M87 and focused instead on Sagittarius A*.

However, there were still significant challenges in obtaining an image of Sagittarius A*. Glowing gas makes up the majority of the anatomy of the image, so if it is changing constantly, it is very difficult to get the photo. If you have ever tried to take a picture of a bird in flight, the picture will come out blurry. So the final image was a combination of multiple different shots. Having these two images of black holes will allow scientists to compare their qualities and discover more about how the gas acts around black holes, which could then tell us more about the formation of galaxies!

Now that the EHT team has tackled the task of capturing images of the black hole, there are rumors that in the future we could get a video of the black hole! What has seemed like an unfathomable task has now been done, proving that when humanity comes together for a common goal, regardless of barriers, the impossible can become possible. After lots of theorizing and lots of data, processing our galaxy's black hole was finally brought to light, (metaphorically of course).