Did Any Good Come From Covid-19?

Seven months ago on March 17, Premier Doug Ford declared a state of emergency in the province due to Covid-19. During the initial lockdown plenty of new things happened and as most people like to focus on the down side, I’m here to shine light on the good that came from Covid-19 and quarantine.

Our federal government created CERB (Canada Emergency Response Benefit), which provided financial support to those who were employed or self-employed and were directly impacted by the pandemic. CERB helped people continue to pay rent, buy food, and pay bills. A motion like this was unprecedented; the federal government had never given out comparable financial support on such a mass scale before. Speaking of rent, the provincial government encouraged landlords to defer rent payments if the tenant was unable to pay it at the pre-arranged date.

Municipally, a brand new program was created to encourage those staying inside in Toronto to go out and social distance while doing exercise. Active T.O included walking, running and cycling, with Toronto closing roads to give cyclists more space.

Even though many businesses and employees struggled because of Covid-19, there was some corporate benefit. Grocery store employees got a temporary pay raise to compensate them for working at risk, and new jobs were created with purposes such as counting customers, watching sanitation stations, taking temperatures, and cleaning surfaces. On a smaller scale some businesses benefited off of people needing masks and made some profit.

The pandemic provided some very needed relief to the environment. Due to fewer emissions from travel, the fine particulate matter in our air decreased by 17%. Fine particulate matter are tiny particles in our air that can reduce visibility and cause the air to look hazy when levels are high. It's also an air pollutant that is a concern for people's health when levels in our air become high, meaning that our air quality improved during the lockdown. There were also increased sightings of animals in cities that weren’t typically seen at such a high rate. Peacocks, pumas, coyotes, and goats were seen wandering city streets across the world due to a decrease in human density outdoors.

Humans are creative beings, and even though we were stuck in our houses due to a global pandemic, we still found ways to keep social. We communicated and showed support online to our friends and family through facetime calls, group chats, video game headsets, or just texting. Neighbours became closer to one another as they were often the only people we saw frequently, and many people adopted more pets. Even though lockdown was quite boring at times, we still found things to do. People took up a variety of new hobbies such as baking and puzzles. For a period of time the flour at a lot of grocery stores was sold out and puzzles increased in popularity; many websites were sold out. We also had the time to finish any shows or movies that we wanted. According to the BBC, Netflix gained 16 million new sign-ups during quarantine. The impact that creators like singers, youtubers, and streamers have on society was clearly demonstrated as many were still able to produce content accessible to society. On March 28, Twitch had a livestream where singers could play their music and interact with their community. It was also a charity stream where they raised money for the United Nations Foundation.

I know personally a great deal happened during quarantine. I found new hobbies like baking and sewing, and I even learned that writing is something I’m very passionate about. I learned how I deal with stressful situations and how I cope when the world is a mess. As much as I always say quarantine sucked, I’m glad I learned all the things I did. 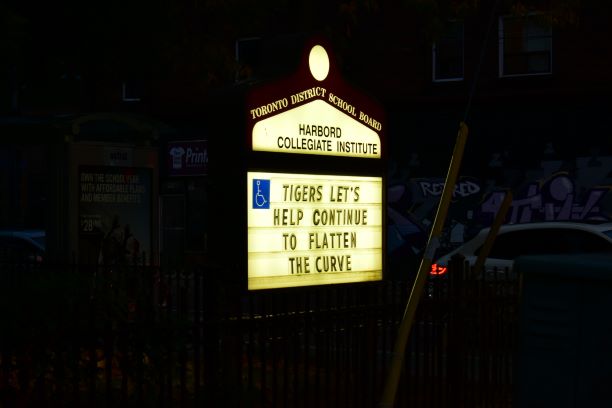